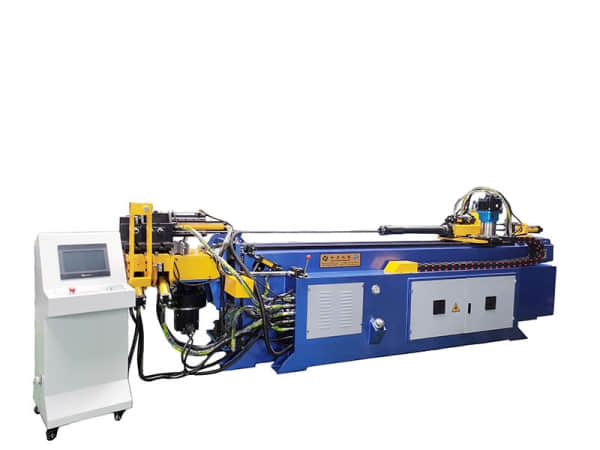 What should I pay attention to when using anti-wrinkle molding for pipe processing?

Automatic pipe bending machine When the pipe is bent, the material inside its center line is compressed. When bending to a certain angle, due to the high compressive force of the material, the material will be pushed back and exceed the cut point. If the pipe wall in this area is not supported by the bending mold, wrinkles will be formed. Even if it is later leveled between the mandrel and the bending mold, wrinkles cannot be removed. And when bending is over, a large wrinkle will form on the tube.

Using an anti-wrinkle mold, you can increase the support of this area so that the pipe wall thickens evenly after compression without wrinkles. However, due to improper adjustment, wrinkles have already been formed, and the anti-wrinkle mold cannot eliminate wrinkles.
The shape of the anti-wrinkle mold is very important. The groove through which the pipe slides should be slightly larger than the outer diameter of the pipe, which can be 10% of the wall thickness, and should also be carefully polished to prevent scratches on the pipe.

When bending a tube with a thin wall, large diameter, and small bending radius, in order to avoid wrinkles, you should pay attention to the following points:

What should I do if the rod of the pipe bender is weak? 1. The acting rod is weak and cannot bend the pipe.

What’s wrong with running the automatic pipe bending machine when the motor heats up?

Although the motor heats up when the pipe bender is running, it usually does not affect the life of the motor and does not need to be ignored by most customers, but it turns out the motor in severe cases. To determine whether the motor of the hydraulic pipe bender can burn out, the first thing is whether it is confusing to open the junction box, remove the termination piece, and the multimeter measures whether the three-phase circuit can be short-circuited. The short circuit between turns uses an electric bridge to measure the grounding resistance by shaking the meter; touch whether the motor temperature of the hydraulic pipe bender can be very high. Hydraulic pipe bender is a kind of shearing equipment widely used in machining. It can cut steel sheet materials of various thicknesses.

When the hydraulic system of the Automatic pipe bending machine leaks, the number of oil pipe joints can be reduced, and the control valve is integrated to avoid the system oil leakage; in order to reduce hydraulic shock and mechanical vibration during reversing, the reversing time is prolonged as much as possible; the pipe bender needs regular inspection, regular maintenance, and timely disposal to avoid the occurrence of leakage.
An automatic pipe bending machine sometimes occurs when the hydraulic system heats up during the working time. The internal reason is due to unreasonable system design, such as unreasonable matching between components, too thin pipeline channels, many elbows, small bending radius, insufficient tank volume, etc.; the external reason is the hydraulic system caused by improper oil volume.

Some detailed and complete current introductions about pipe benders 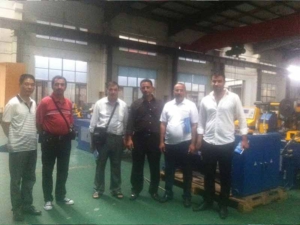 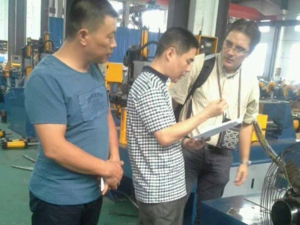 Heli Machinery Manufacturing Co., Ltd. is a China pipe cutting machine supplier. The company was established in 2006 and is located in the south of the Yangtze River, a famous civilized city in China.
Facebook Twitter Youtube Linkedin 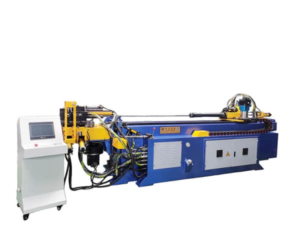